The Liverpool Film Walk run in partnership with Reel Tours takes you out on location in Liverpool, the UK’s second most filmed city outside of London. Your expert guide will take you through the streets of Liverpool to see where iconic scenes from both the small and large screen have taken place.

The city has been represented as itself on-screen as well as standing in for numerous other cities from across the globe.

You will be able to discover sets in the city and learn lots of information about each location you travel through.

The main tour route begins outside the Playhouse Theatre in Williamson Square and the end point is on the steps of St. George’s Hall, opposite Lime Street train station. The tour includes a nice lap of the city taking in areas including Town Hall, Mathew St, the Pier Head and the Three Graces as well as plenty more.

This Liverpool Film Walk will primarily focus on blockbuster films from the past twenty years.

Your guide will give you a fun and entertaining tour with behind-the-scenes info about the movies and scenes that were made here. You will also learn about the history of the city in the context of filming and its relationship with productions made in the capital of Merseyside across the years.

You’ll also be able to see still images of the scenes from the movies and TV shows as you pass the actual locations, hear fascinating historical information about the local areas and get the inside track on movie making in Liverpool.

We provide a walking tour, in which you will visit many prominent film locations that have made the city so synonymous with moviegoers worldwide.

The tour is also a wonderful way to see some of the iconic and historic highlights of central Liverpool including St Georges Hall, the Liver Building, and the River Mersey.

Along the route of your walking tour, you’ll have plenty of chances to take lots of pictures and see the film locations up-close. 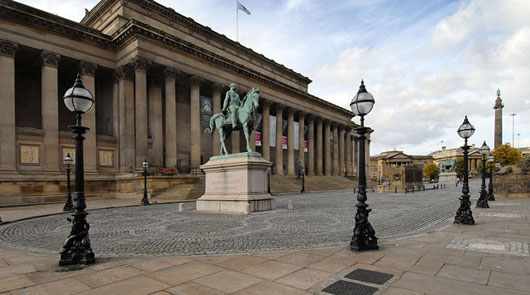 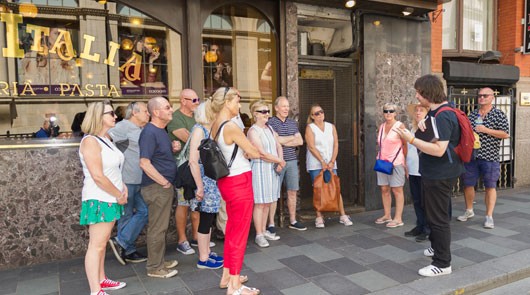 Outside the Playhouse Theatre in Williamson Square