Lord of the Rings Tour Tour

Lord of the Rings fans can join Brit Movie Tours and visit film locations from Amazon Primes new Lord of the Rings series. The first episode will air on 2nd September 2022 and is based on J.R.R. Tolkien’s legendary books set in Middle Earth.

After the huge success of Peter Jackson’s LOTR trilogy, filmed over 20 years ago, fans are eager to see which areas of J.R.R Tolkien’s fantasy novel series will be incorporated in this new, epic adventure. It has been revealed that the show will be a prequel series, set exclusive during the Second Age, during which time Sauron forged the One Ring to rule all the other Rings of Power. The Second Age ended when Sauron was defeated by the Last Alliance of Elves and Men. The series is therefore set thousands of years before Bilbo’s adventures in The Hobbit and Frodo’s quest to destroy the ring in the Fire of Mount Doom. Although these familiar hobbits won’t feature in the new adaptation, Sir Lenny Henry has revealed that he will be playing a Harfoot (one of the three breeds of hobbits) in the Amazon series.

The series will visit previously unseen locations including the Island of Numenor (home to Aragon’s ancestors) as well as Linden, the elfish capital, the Misty Mountains and the Two Trees of Valinor are rumoured to feature in the show. There’ll also be familiar characters, such as the elf Galadriel (previously portrayed by Cate Blanchett) who will be played by Welsh actress Morfydd Clark and new characters who include Trevyn (played by Simon Merrells) Tyta (played by Markella Kavenagh) and Loda (played by Lloyd Owen). Peter Tait, who previously played the Orc Shagrat, in the The Lord of the Rings: The Return of the King will be coming back to be part of Amazon’s LOTR adaptation too.

Amazon Prime has guaranteed that The Lord of the Rings will cover a minimum of five series, although there’s always the potential for more series or even a spin-off series. The first series, which is filmed in New Zealand will have 20 episodes, then the second series will head to the UK and the home counties to continue the story.

Filming for series 2 of The Lord of the Rings will take place in and around Berkshire where the show will be based at Bray Studios. Other scenes will be filmed at Bovingdon Airfield in Hertfordshire. The series’ storyline draws heavily from J.R.R. Tolkein’s book The Silmarillion and will follow the rise and fall of Kingdoms, there will be epic battles, and unlikely heroes who have to save Middle Earth from a villain as he tries to cloak the world in darkness. 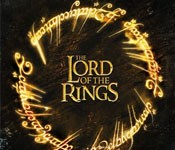 Lord of the Rings Tour Tour