Highly recommended on Trip Advisor, the Game of Thrones Tour from Belfast will give you the chance to see iconic sites from Series 1 to 8 from your very own Maester, as well as other gems of Northern Ireland including Carrick-a-Rede and the Giant’s Causeway located along the stunning Antrim coast. Whilst the hugely popular Game of Thrones TV series, adapted from George Martin’s A Song of Ice and Fire novels, is filmed all over Europe, many of the key locations are based in Northern Ireland.

Your local guide, fan of both the books & TV series, the Maester, will discuss information from the Game of Thrones series, recall incredible tales of legend and local history that could come right out of the books.

Stop at Carnlough featured in Series 6 and visit the caves Melisandre gives birth in
Departing from central Belfast, you’ll take a short stop at a location from Series 6 with Arya Stark, before heading off to the caves where Melisandre of Asshai gave birth to her ‘shadow assassin’, who then went on to slay Renly Baratheon.  Remember that the night is dark and full of terrors.

Lunch
You are welcome to bring your own lunch – however, there will be places along the way where you can stop to purchase hot and cold food.

Visit Renly’s encampment, cross a rope bridge
Your journey continues with a visit to the Camp of Renly Baratheon of Storm’s End where Brienne of Tarth battled Loras Tyrell. Here you will also get the chance to cross the famous Carrick-a-Rede Rope Bridge (included in ticket from April 2021)

Explore The Giants Causeway
A crucial part of any trip to Northern Ireland is to see the UNESCO-listed Giant’s Causeway.  Although it hasn’t been featured in Game of Thrones, the spectacular site is a must see where you will have approx 1 ½ hours to explore. (A free walking tour with audio guide is included for tours from April 2021)

Photo stop on the Kings’ Road
The journey back to Belfast includes one final stop, the Dark Hedge, with its natural archway of intertwined trees. The road is one of Northern Ireland’s most photographed locations and is the place where Arya Stark dressed as a boy to escape from King’s Landing.  Pose for pictures, then return to Belfast, where you will be dropped back in the centre of the city.

As there is walking as part of the tour, it may not be suitable for those with mobility problems.

The Game of Thrones Tour from Belfast will end back in the same place it departs in central Belfast.

Please note that this tour is not wheelchair accessible. 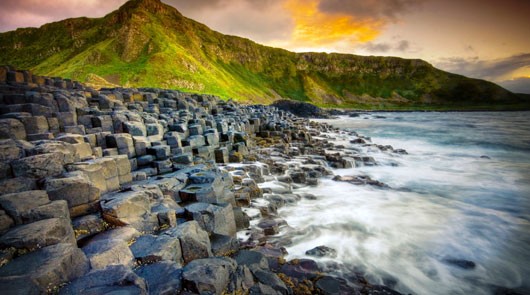 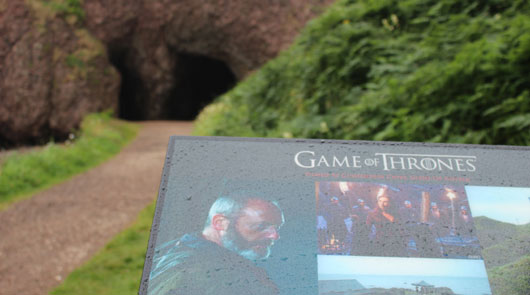 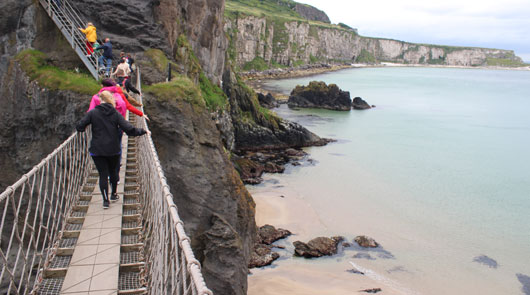 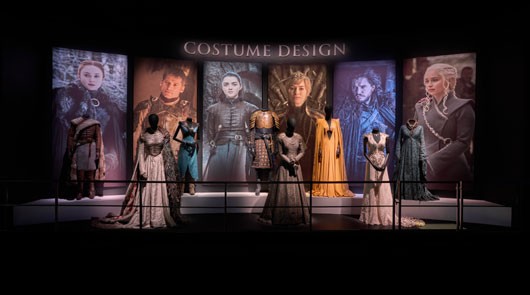