The Gangster London Tour offers you the unique opportunity to have a fun afternoon with Lock, Stock And Two Smoking Barrels actor, Vas Blackwood.

Vas Blackwood, an actor known for playing many roles on film and TV including Rory Breaker in Guy Ritchie’s classic gangster movie, will share anecdotes at each location. Hear true stories, such as how Ronnie Kray killed George Cornell or how Freddie Foreman disposed of bodies for the Krays and anecdotes from the Lock, Stock set about Vinnie Jones’ first day filming.

Vas will take you around the Whitechapel, Bethnal Green and Shoreditch areas and show you the locations of real-life gangster events and film locations from Lock Stock and Two Smoking Barrels.

This 2 hour walking Krays tour is a fun and different way of exploring the Kray twin’s stomping ground and has been recommended by legendary gangster, “Mad” Frankie Fraser.

The tour starts at the Blind Beggar pub.  It takes in The Repton Boys Club, the church where the twins had their funerals, and other locations which played a pivotal role in the lives of the Krays and other gangsters and which turned them from mere gangsters into celebrity icons.

Through his role playing various onscreen villains, Vas has rubbed shoulders with some of London’s ex-gangsters and their associates, including Freddie Foreman, Dave Courtney, Barbara Windsor and gangster-turned-actor, Lenny McLean. Now you have the chance to rub shoulders with Vas and have a fun-filled afternoon on our Krays tour. Customer Reviews 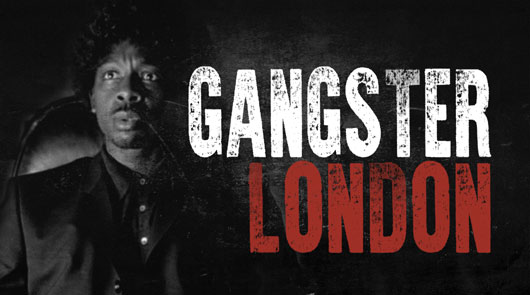 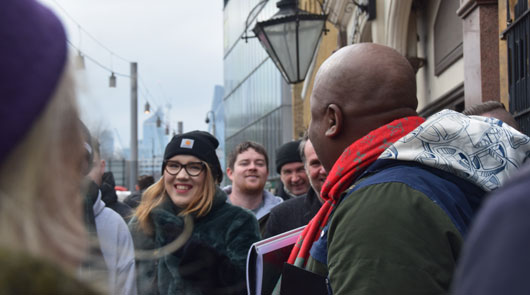 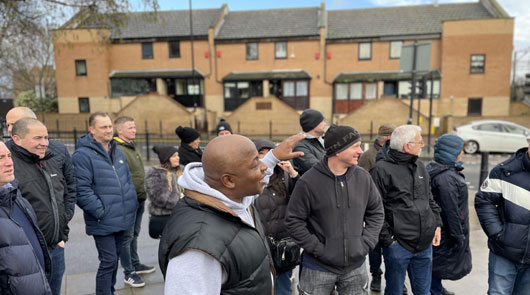 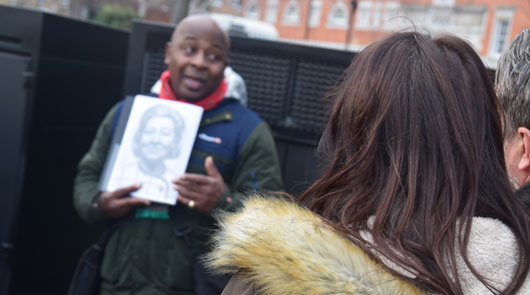 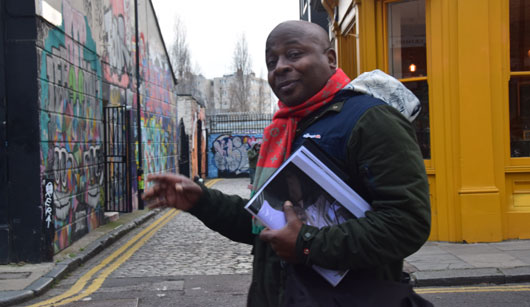 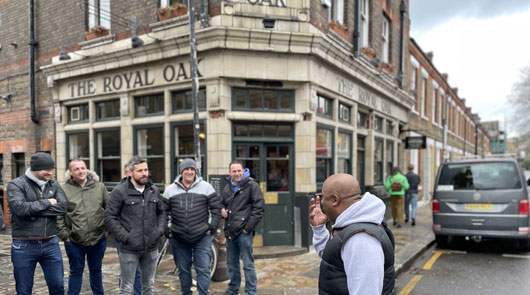 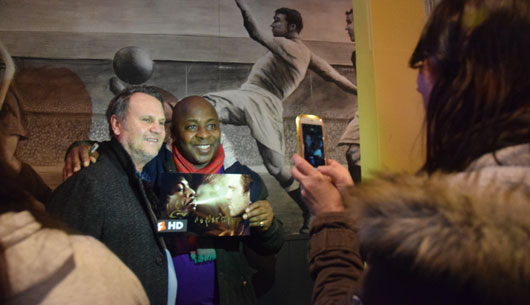 The Blind Beggar pub, Whitechapel
Getting to London by train and Where to stay 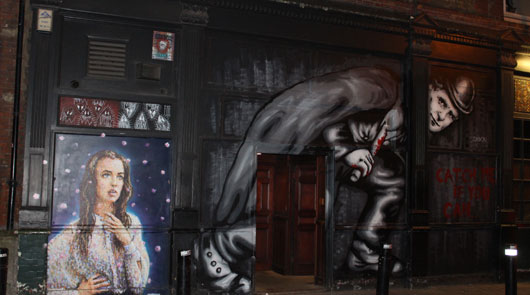 Take a spine-chilling walking tour of London's Whitechapel as we follow in the footsteps of Jack the Ripper's killing spree in the Autumn of 1888.

NOTE: As Vas Blackwood is currently a working actor, there may be rare occasions when a tour has to be cancelled at short notice due to a filming commitment.  If this occurs, we can arrange to move your booking to an alternative date instead.