Whilst Highclere Castle and Bampton are the main on-screen locations in Downton Abbey the show also ventured into central London to film numerous scenes throughout its six series. So it is here in central London where this Downton Abbey London Tour of Locations will take you to some of these memorable sites.

Join the Lords and Ladies during the London season on our Downton Abbey London Tour of Locations.  On this walking tour, you will see world famous sites and quaint historic streets where this award-winning TV series was filmed.

Visit beautiful spots and tranquil settings within the heart of our capital city that have stood in for places such as Liverpool, London and York.  Learn how they were used as film locations for Downton Abbey and hear anecdotes and behind-the-scenes information about how the show was made.

During the walking tour, you can relive tense moments with Anna retracing Bates’s movements in London, the steps that Edith takes when she discovers she is expecting Gregson’s baby.

You’ll have the opportunity to see where Cora and art historian, Simon Bricker, admired the paintings of Piero della Francesca.  Stand outside the Crawley’s London residence and see the restaurant where Edith meets Bertie for a drink. The Downton Abbey London Tour of Locations will end at Green Park.

DISCLAIMER: This Downton Abbey London Locations Walk is an unlicensed and unauthorised tour of sites featured in the television series ‘Downton Abbey’ produced by Carnival Film and Television and NBCUniversal International Limited. Brit Movie Tours Limited and this tour does not have any association with, or connection to, the television series ‘Downton Abbey’, Carnival Film and Television or NBCUniversal International Limited. 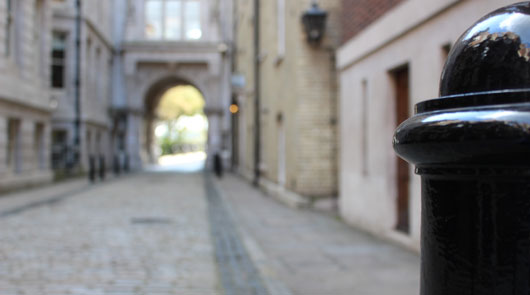 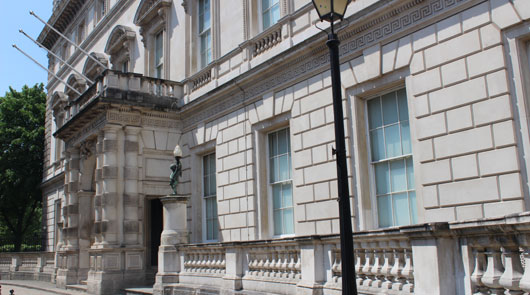 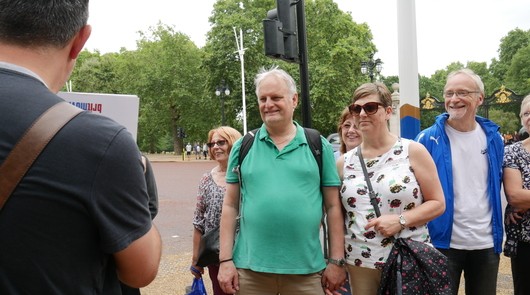 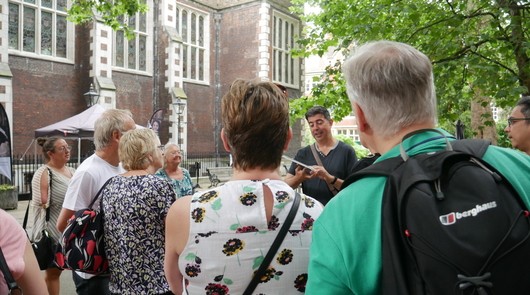 Temple Station
Getting to London by train and Where to stay