See Bristols most fun tour – The Only Fools and Horses Tour

Join the Only Fools and Horses Tour of locations from Bristol and see familiar locations from this classic British TV comedy. This 3 ½ hour coach tour is a perfect afternoon for fans of the show.

From the late 1980s and particularly the 1990s, the show was made in Bristol until it ended in 2003. So it is here in Bristol where you will be taken to scenes that have become iconic in the history of British comedy.

What You’ll See on Tour

Your guide, who is also a fan of the show, will take you to numerous outdoor locations around Bristol. At each stop you will be given behind-the-scenes facts on how the show was filmed. The tour will share information about characters, such as Del Boy, Rodney, Uncle Albert, Trigger, Boycie, and Marlene. Your guide will discuss John Sullivan’s scripts in detail too.

Starting from central Bristol, the coach tour will include sites in and around the city centre. There will be several stops and walking required as part of the tour, so please bring suitable footwear and clothing. Along the way you will see clips from the show and get behind the scenes information about how the show was brought to your TV screen.

See the exterior to the bar that Del visits where the famous ‘Falling through the bar’ scene takes place. Discover the Adult Education Centre where Rodney met Cassandra. You can re-enact the scene where Del Boy and Rodney scare off the muggers whilst running through dressed as Batman and Robin. Stop off to get a pic outside Boycie’s fancy house.

Where Rodney gets the photo developed in the very last episode.  See if Sid is smoking whilst cooking at Sids Cafe. Pass by Boycies Motor showroom when Del and Rodney look over the Rolls Royce. Get a picture outside Nelson Mandela House and many other locations.

So don’t be a plonker and book the Only Fools and Horses Tour today.  You know it makes sense!  Cushty!

Check out some of our Only Fools and Horses Customer Reviews

Please note that this is NOT an interior set tour as the sets are not accessible to the general public. You will be visiting only external locations used in the show. 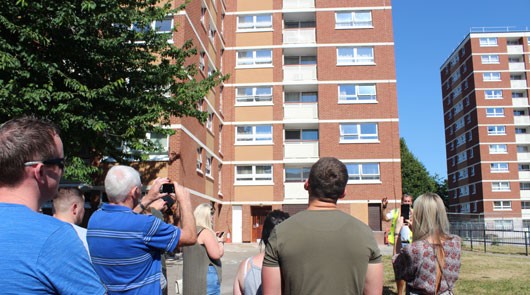 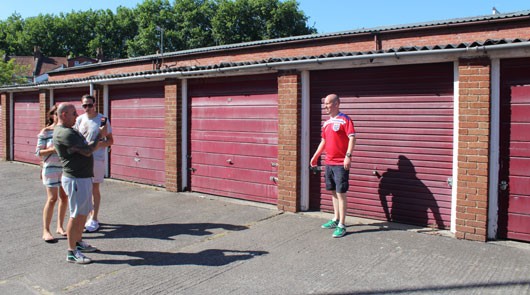 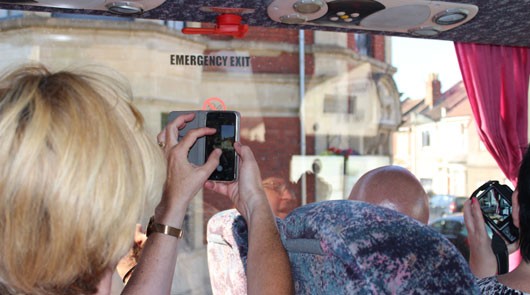 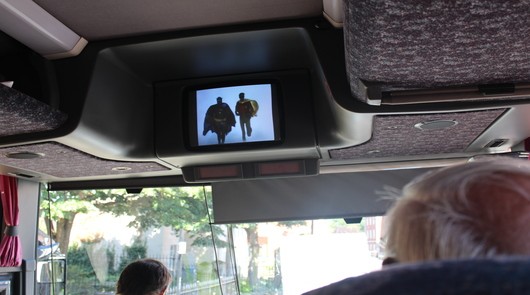 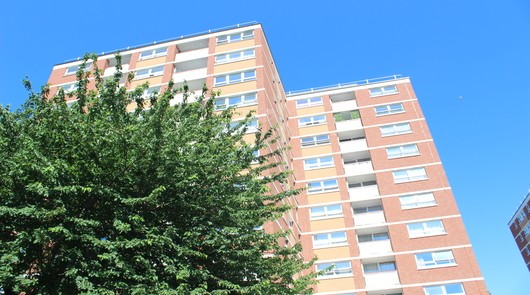 Saturdays departing at 1pm (March – October) and Saturdays at 11:30am on 7 Aug and 4 Sep
Private Tours available – see bottom of page.

Bus stop Temple Meads (Tg) on Temple Gate near the bottom of Station Approach (next to Bristol Temple Meads Railway Station).
Getting to Bristol by train and Where to stay 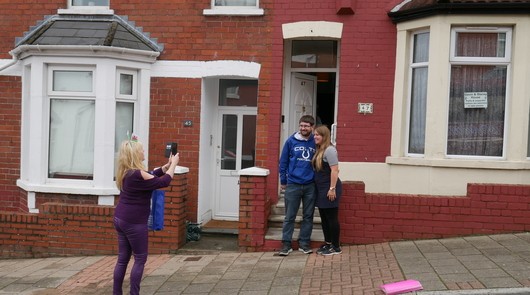