Check out the storefronts of Ollivanders wand shop, Gringotts Wizarding Bank, Flourish and Blotts, Weasleys’ Wizard Wheezes, and Eeylops Owl Emporium as you explore Diagon Alley, pretending that Harry, Hermione and Ron are walking alongside you. Learn about the magical special effects and makeup artistry that helped bring spells and much-loved characters like Dobby to the screen, and see the actual costumes and props used by the actors themselves.

Throughout the Warner Bros Studio Tour London, there will be photo opportunities aplenty so make sure you bring your camera.

Your studio experience includes Platform 9 ¾, where you can get an intimate up-close view of the original Hogwarts Express train, whose 78-year-old engine billows steam.

You will also get to explore the interior of Gringotts Wizarding Bank and have a photo opportunity inside the Lestrange vault.

Following all the excitement of your tour of the magic of moviemaking, you will then be taken back to where you departed from in central London by Warner Bros Studio Tour Bus to finish your magical day.

Friday 23rd September – Sunday 6th November
The Dark Arts feature will return for Hallowe’en in 2022 with the Great Hall ceiling decorated with over 100 floating pumpkins as well as a spooky feast of lollipops and red apples dressed along the tables. Follow the Dark Mark trail, try their wand combat moves against Death Eaters in a live duel as they storm the Studio Tour, all before walking down a darker Platform 9 ¾ and a spookier Diagon Alley.

Hogwarts in the Snow

Saturday 12th November 2022 – Sunday 15th January 2023
Hogwarts in the Snow is back in 2022. The festive makeover will see the Great Hall transformed with the icy silvers of the iconic Yule Ball scenes. The Gryffindor common room will be dressed for the season and a blanket of filmmaking snow will cover the Forbidden Forest, Diagon Alley and the magnificent Hogwarts castle model. 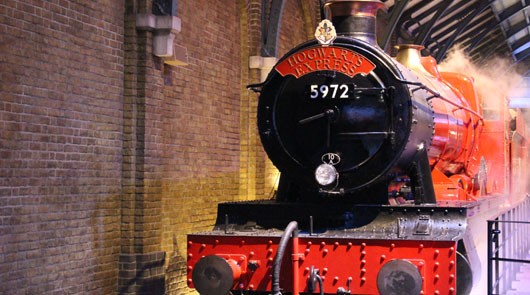 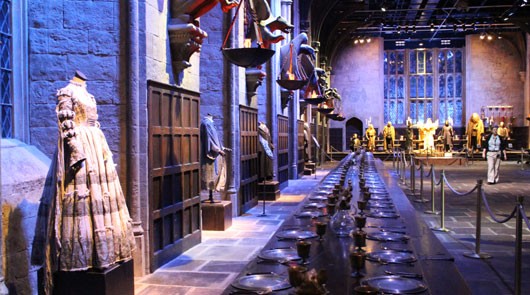 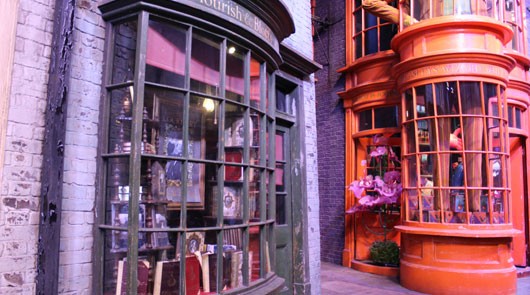 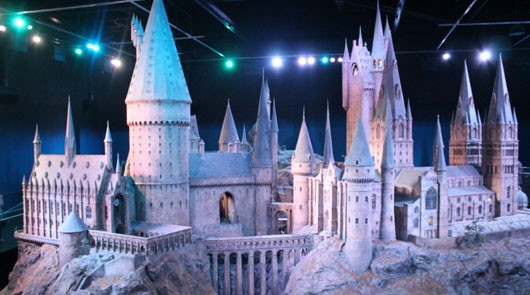 Departs daily every hour from 7:30am to 4pm

Victoria / Baker Street and Kings Cross departures from 7:30am to 4pm every day

Gratuities (optional), Food and Drink. Digital Guide (available to hire at the Studio Tour for £4.95) 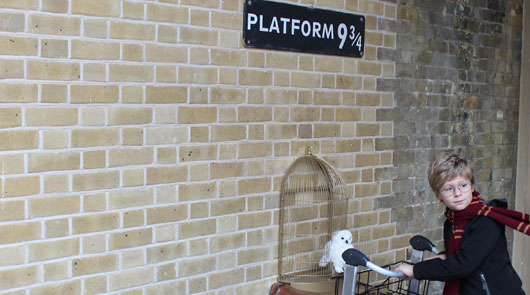 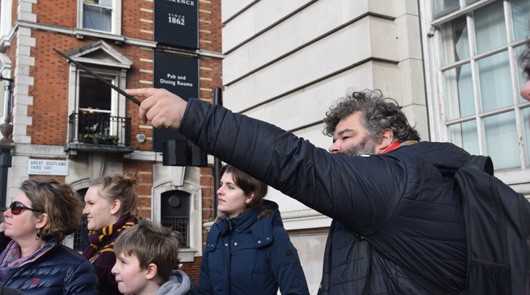