Join other fans on an All Creatures Great and Small Tour including locations from the latest TV adaptation from Channel 5 as well as sites from the original BBC series from the 1970s.

This day tour by mini-coach (max 16 persons) showcases the culture and beauty of the Yorkshire Dales. It will take fans of the James Herriot books and TV series (both the current and the original BBC series) on a picturesque tour of the dales covering more than 15 locations from the show over the years.

Starting from central York your first stop will be a visit to the original home of All Creatures Great and Small – the World of James Herriot. This award-winning visitor attraction is included in your tour.

Following this visit, you will get a short break at the Drovers Arms and a visit to where James proposed to Helen, the Darrowby Bus Stop, where James & Helen married and Darrowby Station – all from the original show.

We head to Hawes to visit locations from the original TV series including Darrowby Church, Darrowby Cattle Market, Darrowby Country Club and Skeldale House, the veterinary practice in which the character James Herriot worked.

Lunch will be taken at Hardraw where you can stop for lunch at the pub that has been used as the interior of The Drovers Arms and features in many of the episodes of the new series.

From here you will head to the remote village that has been central to the latest version of James Herriots’ screen adaptations and doubled as the fictional village of Darrowby. Here you can take refreshments before you go and explore the village. Your guide will take you on a short walking tour to see sites such as the exterior of the Drovers Arms, G F Endleby, Grocers, Handleys Booksellers, Darrowby Cycle Shop, Darrowby Hardwares, Skeldale House and J. A. Dean, Drapers and Hosiery.

Your day-long All Creatures Great and Small Tour will be full of scenic countryside and will conclude back in central York. 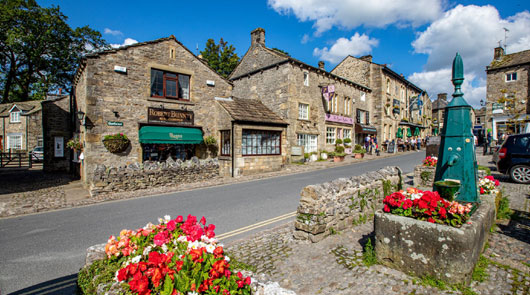 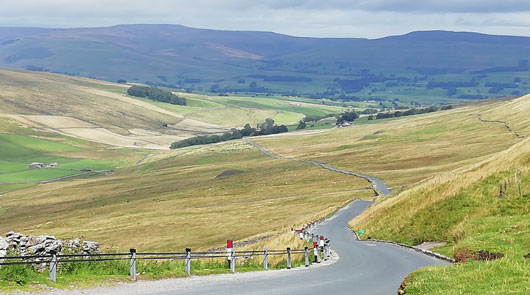 Sundays departing at 9am (May – Oct)