The Coronation Street Tour is made for fans of the show.  This guided tour takes you on a journey into the locations and lives of the characters of Britain’s longest-running soap opera.

The first episode aired on ITV on 9th December 1960. Written by Tony Warren, it was based on his personal experience living in the ‘back to back’ terraced streets around the old Manchester docks. Communities in Manchester were influenced by strong women heavily influencing the show.

The show is set in the fictional town of Weatherfield in Greater Manchester.  It was filmed at Granada TV studios for more than 50 years from 1960-2014.  It is now based at Media City in Salford, mainly filmed on a closed working set which is now available for you to explore.

What you’ll see on tour

The 90 minute guided walking tour starts at the set at the Media City in manchester.

You will get access to all of the street’s most recognisable external places. As part of the tour you will walk past the Roy’s Rolls Café and check out Kev’s car shop. Also you can see Webster’s Auto Centre.

Your guide will point out locations such as The Kabin and stop by the most action-packed pub in the North West of England, the Rover’s Return.

This Coronation Street tour is a treat for fans. 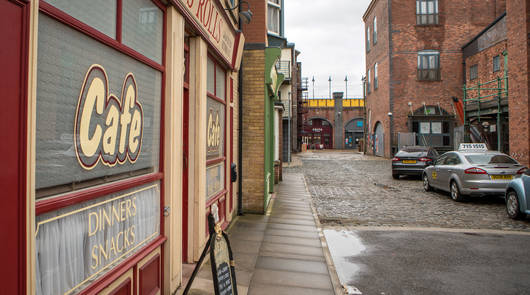 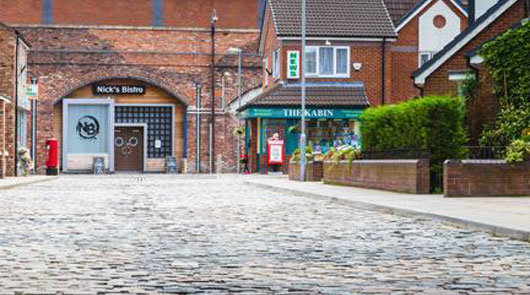 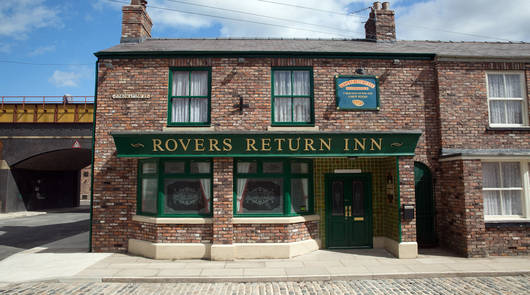 Available on select Saturdays and Sundays throughout the year