And now for something completely different. A Monty python tour of London. For fans of this groundbreaking show, we offer the first-ever guided tour of the locations featured in the classic comedy TV show Monty Python’s Flying Circus that ran from 1969-1974.

Setting off from White City in West London where the BBC TV Centre was based and where they filmed numerous sketches your expert guide will take you to more than 20 locations from the show on this 3 hour Monty Python Tour.

The walking tour will not only take you to where classic sketches were filmed on location but also give an insight into the show and the background to the group of comedians behind it.

Some of the locations visited include where the hells grannies caused mayhem, where they climbed the Uxbridge road, the dull life of a city stockbroker sketch, the Funniest Joke in the World sketch, the new cooker sketch, the scene of silly walks and much much more.

The tour will visit locations throughout West London including Ealing, and Shepherds Bush and at each location, you will get to see stills from the original scene.

During the tour, there will be plenty of silliness so please come prepared. 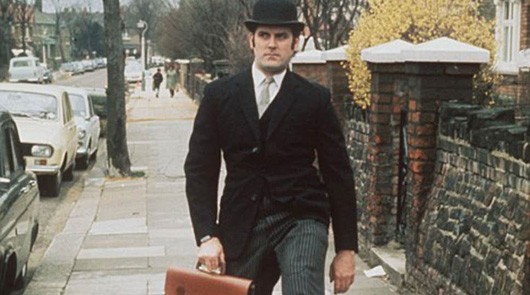