Journey back to the 18th century Scotland on this private Outlander Tour that departs from Edinburgh. Based on The Outlander TV series which first aired in 2014 and was adapted from the seven historical multi-genre novels by Diana Gabaldon, the tour visits numerous iconic sites from all five series.

Although the literary locations are situated in the Scottish highlands, the filming locations that have been dramatized in the TV series are also located in Scotland and can be reached as part of a day long Outlander tour from the Scottish capital.

Visit Jamie and Claire’s homeland on the Outlander Tour and get the chance to see iconic sites from the first five Series from your very own expert.

Your local guide, fan of both the books & TV series, will discuss information from the Outlander TV series, show you how the books and reality differ and recall incredible tales of legend and local history that could come right out of the books.

Your first destination of the day will be village of Falkand that stood in for the Inverness in the Scottish Highlands. Here you can see many places including Mrs. Baird’s B&B, Farrells furniture store and the fountain where Jamie’s ghost looks up at Claire.

The next stop is the Highland village of Cranesmuir; in reality, a picturesque sixth century village on the Firth of Forth that is featured on screen as the home of Geillis Duncan and her husband, Arthur. In the same village, you will also be able to find the beautiful herb garden where Claire’s garden was filmed.

After this its on to the thirteenth century castle in central Scotland that was used for Castle Leoch, home to Colum MacKenzie and the central point for the whole of Clan MacKenzie.  This beautiful film location was also damaged during the Jacobite Rebellion.

You can choose where you would like to take lunch; your guide will give you a choice of several pubs, or even an Outlander location, to enjoy a fine meal.

From here, you will then head to is the filming site for Wentworth Prison which was also the birthplace of Mary Queen of Scots.

Then its off to the formidable fortress sitting on the banks of the River Forth which is the filming site for Fort William, the stronghold of the infamous Black Jack Randall.

Your final stop of the day is the 15th century castle featured on screen as Lallybroch – Jamie Fraser’s childhood home. Being a private property, this tour is a great way to access this beautiful location that was also used for the scene where Jamie is arrested.

Your Outlander Tour finishes in the early evening back in Edinburgh.

NOTE: On more exclusive private tours From September to Easter Lallybroch will be replaced by the Railway Station, where Claire and Frank alighted from the train and Captain Jack Randall’s Stronghold or a stately home used in Series 2.

If you wish to have an even more in-depth tour we also offer a 2 day Outlander Tour. Customer Reviews

Please note: Sometimes due to traffic, road and venue closures the route of the Outlander tour can change. 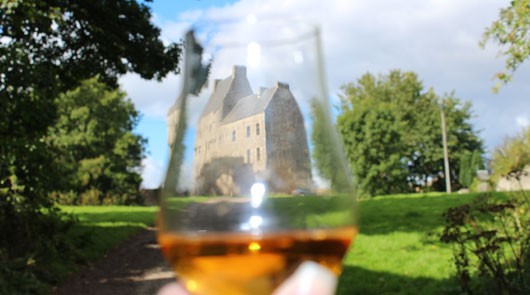 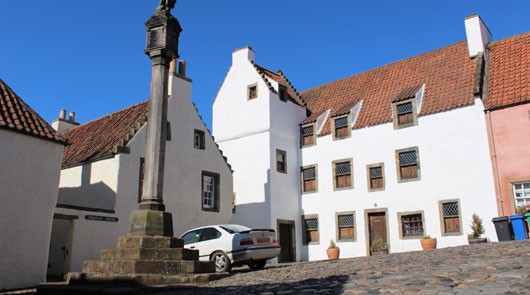 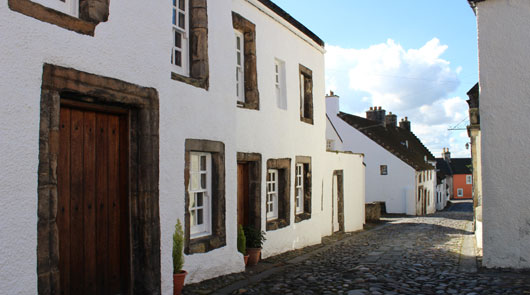 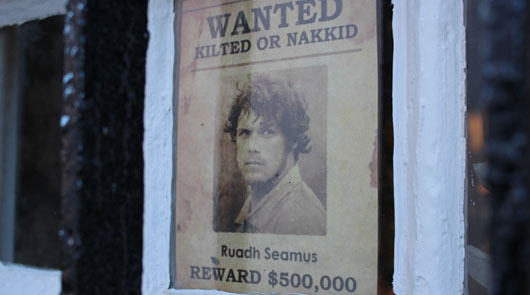 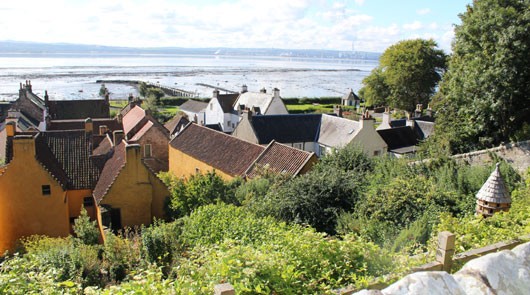 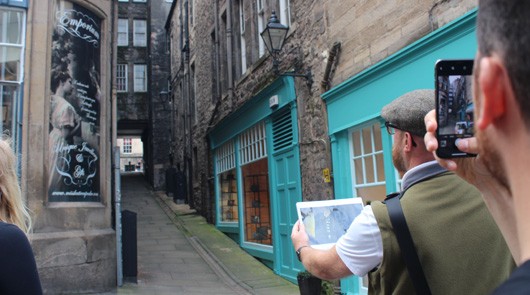 Choose a 3 hour guided walking tour of film and literary locations in Edinburgh including the iconic chase scene, the escape from Begbie in T2 and much more.

DISCLAIMER: The Outlander Tour is not an official ‘Outlander’ event and is not endorsed, sanctioned or in any other way supported, directly or indirectly by Starz or Diana Gabaldon and her representatives.