The OFFICIAL Peaky Blinders Day Tour in partnership with the creators of Peaky Blinders is a guided coach tour of filming locations in Cheshire, Stockport, Manchester and the North West.

The tour has been updated for 2022 and includes locations from all six series of the show. The locations on this tour will be different from those on the Half Day Peaky Blinders Tour, so you can book and enjoy both tours while you’re in Liverpool.

On this 8 ½ hour guided Peaky Blinders Full Day Tour, you will delve into the history of the real Peaky Blinders; learn about the areas in North West England that have been used to film many scenes from the show including the church where Tommy and Grace are married in Series 3.

Setting off from Liverpool the tour will head straight to the location used as ‘Camden Town’ where you’ll find out all about Alfie Solomon.

The tour will then make its way to the centre of Manchester where you will see the site of Tommy and Luca’s showdown from Series 4 as well as the location of the car bombing outside Tommy’s office from Series 5 and the spot where Gina meets Michael’s family for the first time. Plus, never-before-seen locations from Series 6, including the place that was used for the exterior of the Garrison Tavern … more about that on the tour.

After a short break for lunch, you’ll stop at a beautiful, historic village within the suburbs of Manchester which was seen in Series 4 when Michael recuperated in hospital after being shot by Luca Changretta’s men.

The next stop of your OFFICIAL Peaky Blinders Full Day Tour is the stunning Art Deco building that was seen in Series 5 for Oswald Mosley’s rally. You’ll find out how the building was dressed for filming and see the spot where Tommy rescues Jessie Eden from the police.

The final stop and highlight of the day is a visit to the charming church in Cheshire where Tommy married Grace. You’ll be able to explore this beautiful church that featured in the first episode of Series 3. As part of your visit you’ll have the chance to relax and enjoy a complimentary cream tea in the delightful café next to the church.

At the end of the OFFICIAL Peaky Blinders Full Day Tour, you will be taken back to St Georges Hall, opposite Liverpool Lime Street Station where the tour started. Tripadvisor Customer Reviews

Don’t forget to book on the Half Day Peaky Blinders Tour which departs on a Saturday before and see even more Peaky Blinders filming locations in and around Liverpool. 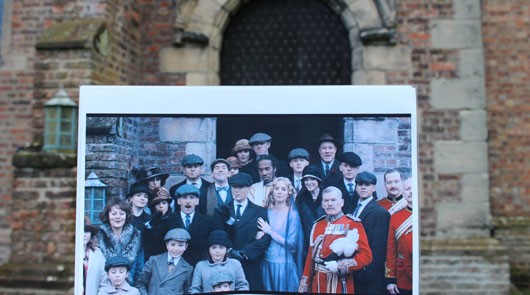 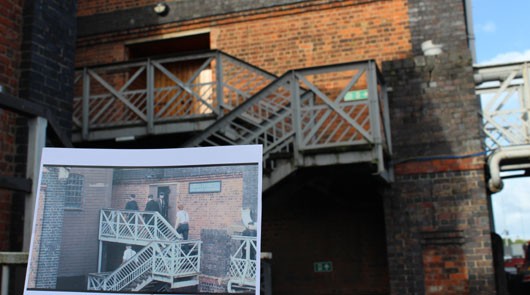 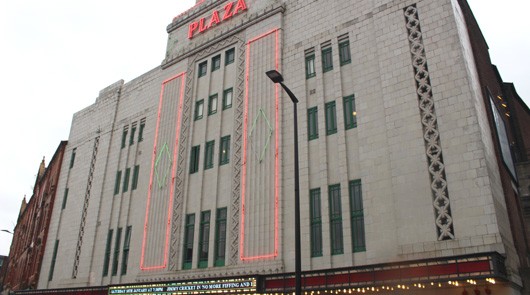 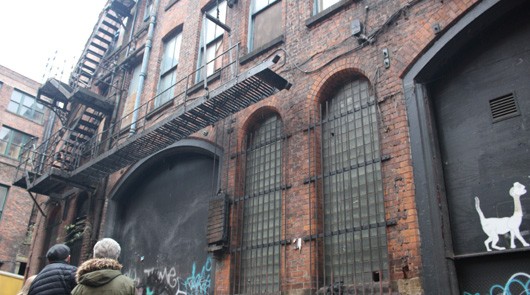 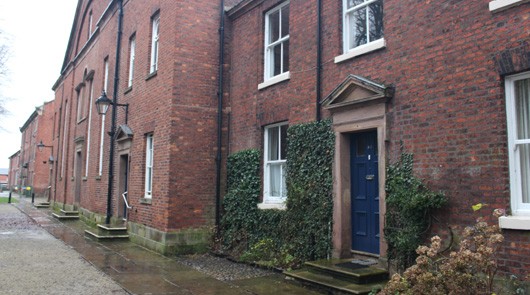 Outside St George’s Hall, Central Liverpool
Getting to Liverpool by train and Where to stay

Private four hour tour by taxi of Peaky Blinders filming locations in Liverpool with your own local guide. Includes hotel pick up and drop off.