The OFFICIAL half-day Peaky Blinders tour visits film locations within the city of Liverpool and across the River Mersey in the Wirrall. It operates in partnership with the creators of Peaky Blinders, Caryn Mandabach Productions and Tiger Aspect Productions, a part of Banijay.

The Award-winning TV crime drama Peaky Blinders follows the exploits of the Shelby family. Better known as the Peaky Blinders gang. The series is set in Birmingham and the story started in 1919, shortly after World War One. However, it is primarily filmed in Liverpool and various locations in the North West of England.

Liverpool was chosen to be the main setting for this hugely popular BBC series due to its well-preserved Victorian industrial architecture. It’s also a film-friendly city with countless TV and Film productions now using it as a base.

Fans have the opportunity to see the locations up close and hear anecdotes about the making of all five series of the show.

What you’ll see on the tour

The tour starts in central Liverpool and covers the story of the TV show and the history of the real Peaky Blinders. You will also learn about Liverpool, the Wirral, and the area West of the River Mersey.

During the Peaky Blinders tour, you will get to visit more than 10 filming locations from the show. You may be surprised to find how many seemingly different scenes were filmed in the same locations.

Sites you will get to visit include the Garrison location, the Epsom racecourse and Polly and Ada’s homes. There will be chances to get off the bus and see where Tommy was nearly killed by Father Hughes’ henchmen. You’ll see the location where Inspector Campbell has a secret meeting with Grace and where she was murdered. You will also see where Changretta was captured on his escape to America and then executed. We include locations up to Series 5.

At the end of the tour, you will be taken back to where the tour started at St Georges Hall, opposite Liverpool Lime Street Station. 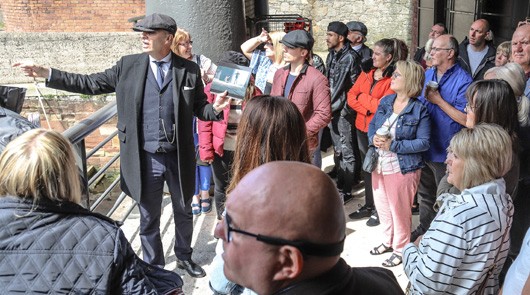 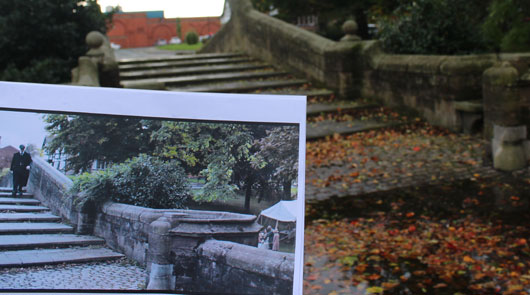 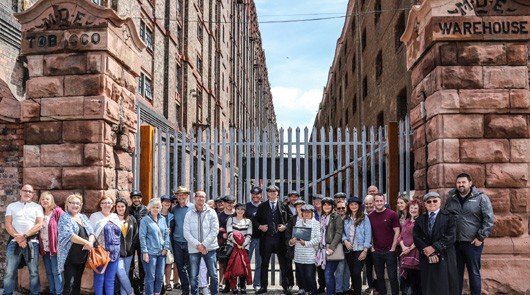 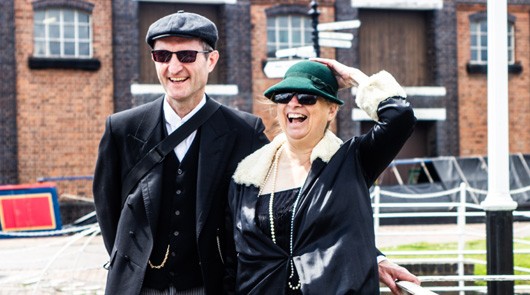 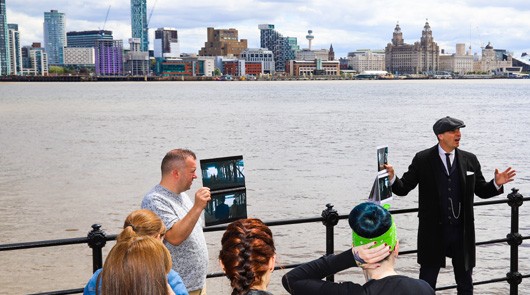 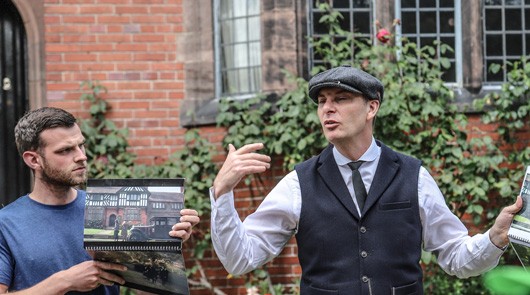 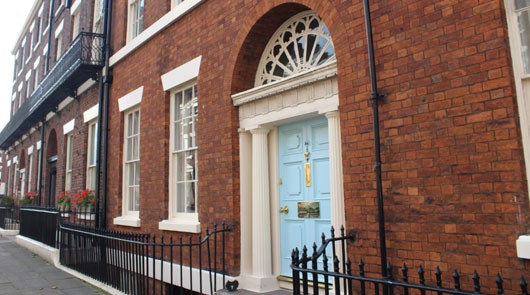 Saturdays departing at 10am (Jan – Dec) and Select Sundays at 10am

Outside St George’s Hall, Central Liverpool
Getting to Liverpool by train and Where to stay

Professional guide, transport in a coach 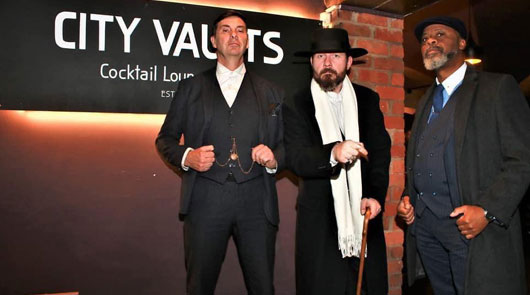