Game of Thrones is getting a bit of a cult following lately which is helping the tourism of Northern Ireland. The popular HBO television series based on a sequence of fantasy novels by George R.R. Martin was primarily filmed in Northern Ireland and people are heading over to there to stand in the footsteps of their favourite characters.

Northern Ireland is the perfect location to film GOT as the landscape is perfect for its medieval look and feel, also Ireland is one of the places of origin for Celtic culture so it is quite a fitting location. There are lots of areas in Northern Island which haven’t been developed on so there are plenty of rolling hills and green scenery which make a perfect back drop to many of the scenes.

All of the internal Game of Thrones scenes such as the Throne Room and Sept of Baelor were filmed in the Titanic studios in Belfast. Titanic Studios is one of largest film studios in Europe and with a huge £14 million expansion it looks set to become the Hollywood of Europe. Many of the external locations were filmed in Northern Ireland.  Northern Ireland has 8 areas of outstanding natural beauty and with the forests, mountains and moorlands and plenty of castles; it’s not hard to see why they chose to film a lot of Game of Thrones in Northern Ireland.

Below are some of the main locations used for filming many of the iconic scenes and where you can visit on our Game of Thrones tour of Ireland. 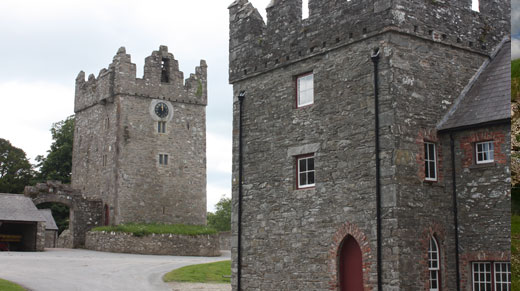 Castle Ward in Strangford County Down was used as the backdrop to create Winterfell and the Stark family stronghold. The tower house, which was built as a defensive structure in the estate’s farmyard, was used as the castles exterior for Winterfell. Castle Ward is an 18th century National Trust Property and open to the public. Countryfile magazine named it as one of Britain’s best filming locations to visit so it is well worth a visit 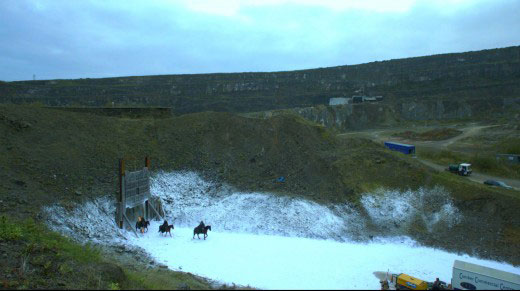 The disused  Magheramorne quarry in County Antrim was used to recreate Castle Black, home to the Night’s Watch. A set was built complete with the gates of Castle Black and the rickety wooden lift that takes the Nightswatch to the top of the wall. The location was also used to recreate the fishing village Hardhome. 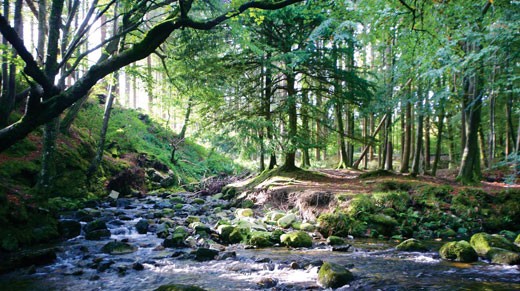 The Haunted Forest (woodland area located north of the Wall) was actually Tollymore Forest Park in County Down. This was the location used when Ned Stark and his boys came across the stag and direwolf puppies. The location was also used in the scene where one of the Nights’s watch rides through the snowy forest and see the dismembered wildling bodies. 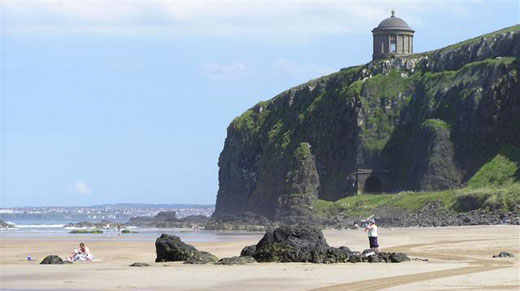 Downhill Strand beach in County Londonderry was used for the exterior beach scenes of Dragonstone Island. This is where Melisandre and Stannis Baratheon burn the statues of the Seven in the Season 2 and in Season 3 Davos sends Gendry away on a rowing boat. 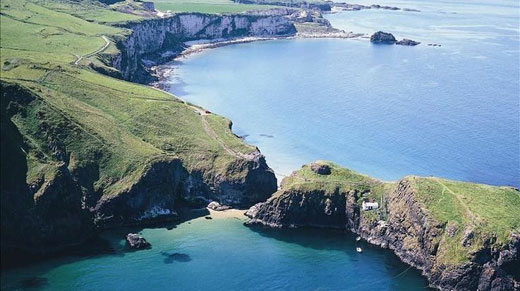 The Stormlands were filmed in Larrybane, County Antrim. Larrybane was the location used in Season 2 for Renly Baratheon’s camp and where Catelyn Stark agrees a treaty with Renley on behalf of her son Rob. House Baratheon is located in the Stormlands. Cushendun Caves were used as a backdrop when Davos Seaworth lands Melisandre ashore and witnesses her giving birth to the shadow baby. 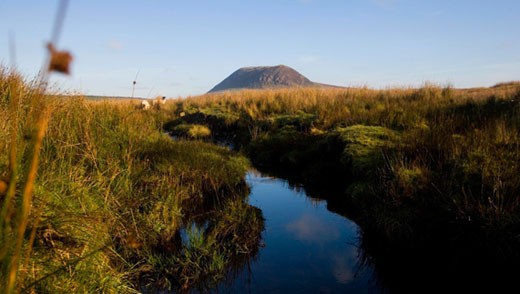 The Dothraki grasslands where Daenerys and Drogo got married were filmed in the Shillanavogy Valley, beneath Slemish Mountain in County Antrim. The entrance to Vaes Dothrak the only city of the Dothraki people was filmed below the stunning Mourne Mountains in County Down. 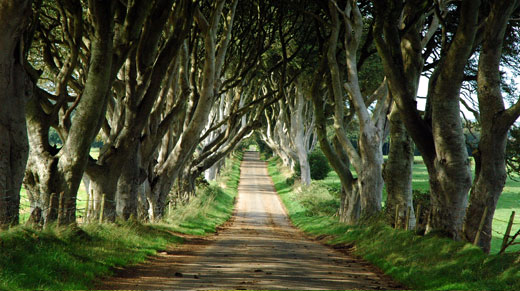 The Dark Hedges near Armony, County Antrim became the Kingsroad, where Arya disguised herself as a boy to avoid capture and travels from King’s Landing to The Nights Watch. This row of serpentine beech trees which form a tunnel over the lane is one of the most photographed natural phenomena in Northern Island. The trees were planted back in the 18th century and the road is reported to be haunted by a spectral ‘Grey Lady’ who is known to appear at dusk. The scene has been painted by many artists and it is a favourite location for tourists and wedding photographers. 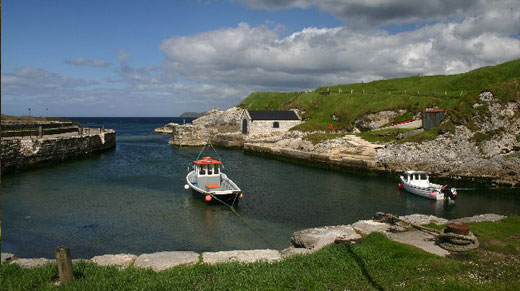 Ballintoy Harbour in County Antrim was the backdrop and location used for the exterior Pyke shots and as the Iron Islands. Murlough bay was also used the Iron Islands in Season 3 where Theon Greyjoy rides on the horse with his sister Yara. They also used the bay when Davos Seaworth becomes shipwrecked after the battle of Blackwater Bay. 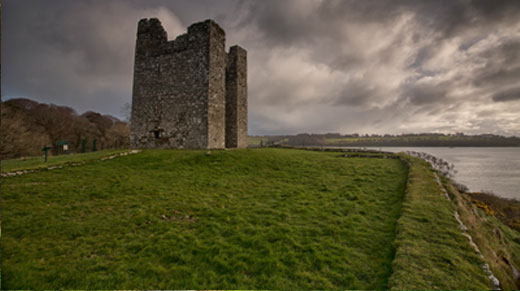 The location for Robb Starks Camp was filmed at Audley’s Field which is close to the shore of Strangford Lough which is where Jamie was captured and then released.  It is also the location used when he first meets Talisa. Audley’s Field was also used for the scene when King Robert Baratheon arrived at Winterfell and later on where Alton Lannister is imprisoned with Jamie.

For die hard fans who can’t wait for series 6 to begin, why not join us and discover the beauty of Northern Ireland and visit Westeros by going on our Game of Thrones Filming Locations tour of Ireland.  It is an 8 hour tour where you get to see over 12 locations from series 1-4.