Those who can afford luxury travel might be interested in learning that you can now head to the bottom of the Atlantic ocean and visit the wreck of the Titanic. British travel company Blue Marble Private, the firm behind the tour, promises a once-in-a-lifetime epic experience.  However it’s not just a simple day tour, it lasts for days!

Those that don’t mind paying the reported £86,500 for a ticket, (which incidentally is double the original £40,000 cost of a first class ticket to sail on titanic), will fly in a helicopter from Newfoundland to the expedition’s support yacht in the North Atlantic.  After two days on board the yacht learning about the ship, these extreme sightseers will get a five-hour dive to the sea bed to see the decaying remains of the Titanic. Nobody could dive that deep and survive the pressure so a special submersible designed by OceanGate Inc will take people safely to and fro. The specially designed titanium and carbon fibre submersible can reach depths of 4,000 metres and will be guided by a crew of experts.

Obviously this is not a tour for us humble folk,  but it its thought it will be popular with the rich, scientists, archaeologists and wannabe explorers. Only 9 people will go on any one tour.

Take a look and the link below for details of how to book: 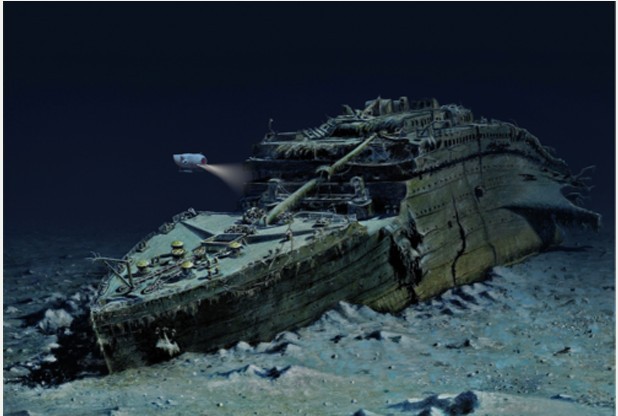