Where was Les Miserables Filmed?

Les Miserables was first published as a novel by Victor Hugo in 1862 and is widely considered one of the best books ever written. Hollywood has been adapting the story for the big screen since 1935, with director Tom Hooper’s 2012 version being the most recent. Read on to find out where Les Misérables was filmed.

Where was Les Miserables filmed?

The story of French peasant, Jean Valjean, is set in Paris, but the 2012 film starring Hugh Jackman, Russell Crowe, Anne Hathaway and Eddie Redmayne was largely shot in England, with locations including places such as Kettering, Somerset, Bath and Northamptonshire.

This can be seen in the very opening scene when Valjean is seen pulling a ship into dock along with other convicts. This was actually filmed in Hampshire, in the No.9 Dock at Portsmouth Historic Dockyard.

After securing freedom, Valjean goes on a long journey and eventually collapses in front of a church. The St Mary the Virgin church in Parsons Lane in Ewelme, close to Oxford, was used as the location for this scene.

When Valjean decides to turn over a new leaf to start a new life, the production team used the St Sepulchre’s Chapel in the church of St Mary Magdalene, in Paddington, London.

The only two locations used in France are when we see an aerial shot of Gourdon, which is in the southeast region of the country, and other parts of the same landscape earlier in the film when Valjean has been released from captivity. 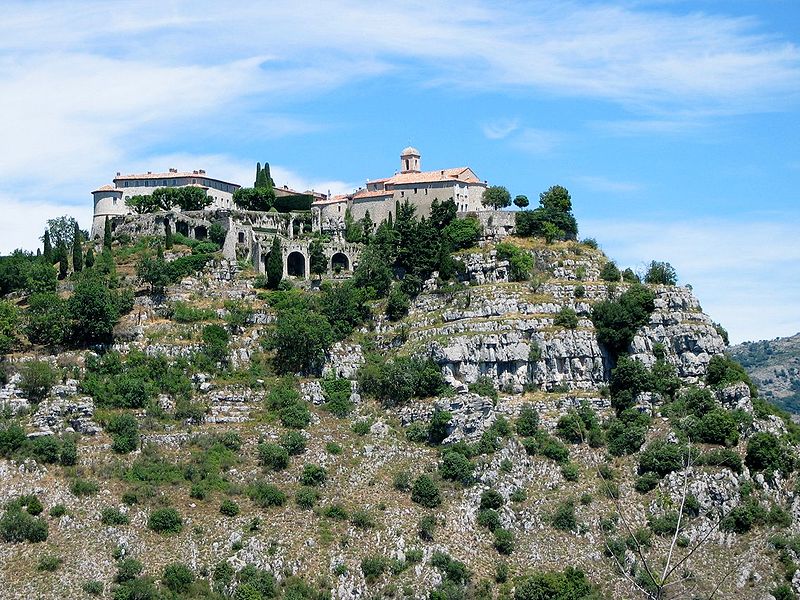 Later in the film, when the story jumps forward and we see Valjean is now a mayor and factory owner, the Chatham Historic Dockyard in Chatham is used as the filming location. The actual factory itself was made in Tarring Yarn House, which is situated in the dockyard.

As we have mentioned in this post about films being shot in Greenwich, the Old Royal Naval College in Greenwich was used for some of the main shots of Paris. For example, at Jean Lamarque’s funeral, Javert prepares his men to rebel in the Painted Hall of the college.

The statue of the elephant was a recreation of the Elephant of the Bastille – an iconic monument once situated in Paris that was built for Napoleon in the early 19th century. Rumour is that producer Cameron Mackintosh rescued the recreation once shooting was over and had it transported to his own home. 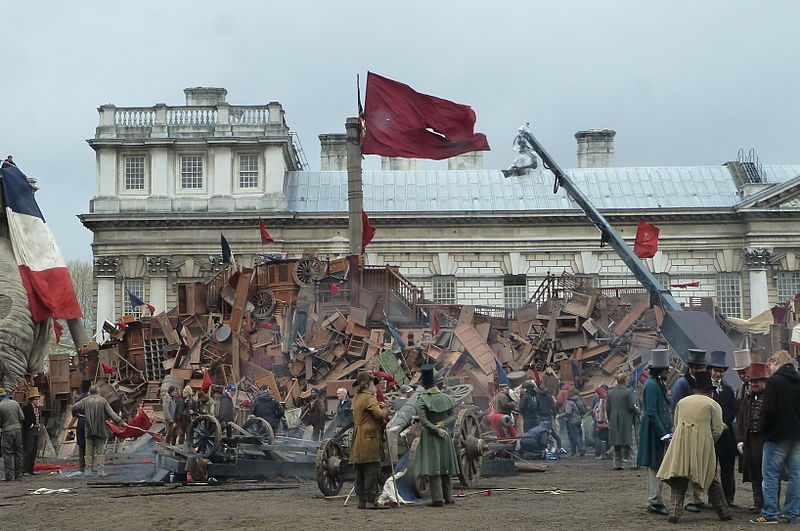 When we see Javert chasing Valjean and Cosette, College Street in Winchester, Hampshire is used as the filming location. This is also intended to represent Paris. Another little known fact is that the famous author, Jane Austen, also lived in one of the houses in that street and also passed away there.

Remaining outside of London, the River Avon – which passes through Pulteney Bridge on Bridge Street in Bath, Somerset – was used for the scene when Javert falls to his death in the water.

After being saved by Valjean, Marius goes back to his family estate to marry Cosette. The location used here is in fact Boughton House, which belongs to the Duke of Buccleuch. This can be found near Geddington, in Northamptonshire.

Winchester is also used again towards the end of the film. When Valjean is found dying, a 14th century chapel on the grounds of Winchester College is used as the setting for this moment.

Much of the film was also shot at Pinewood Studios. This includes the Thénardiers inn, where Valjean is seen adopting Cosette, the daughter of Fantine. Cafe Musain was also a set built at the studio on the Richard Attenborough Stage.

The moment where we see Fantine and fellow prostitutes by the seafront, was also created at Pinewood.