Where was Mary Poppins filmed? 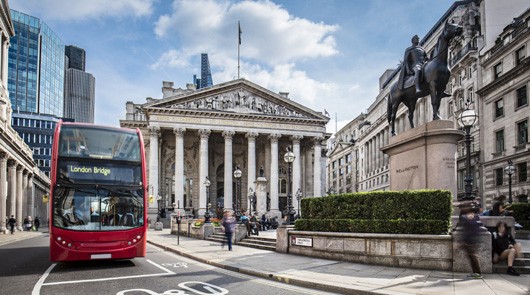 The original Mary Poppins was entirely filmed at the Walt Disney Studios in Burbank, California.  Mary Poppins Returned was filmed at Shepperton Studios in Surrey, England.  The external shots were filmed around London in March 2017.

Mary Poppins Returns was the success critics predicted as its top of the UK box office for the third consecutive week.  It is already in the top ten of biggest movie releases of 2018.  The film had a lot to live up to as the first film is arguably one of the best films ever made.  Many people have watched the first film hundreds of times as a child.   It is true when that say that what you love in your childhood stays in your heart forever.  So living up to such a big movie was always going to be a risk, but it seems to have paid off, so well done Disney.   It was never going to be practically perfect like the first, but it is good in a supercalifragilisticexpialidocious sort of way!

The film is a sequel to the original, but set a couple of decades later in the 1930s depression-era London.  Michael and Jane Banks are now grown up, with Michael struggling with a personal loss and is suffering some financial hardship.  Just in time Mary Poppins re-enters their lives to help them see the joy and wonder life still has to offer.   Number 17 Cherry Tree Lane has hardly changed at all and the Admiral still lives in the house next door and still likes to fire his cannon. With a whole host of great new characters and catchy songs it is sure to pull on many a kids and adults heart strings.

The director of the film Rob Marshall has confirmed the team is talking about a sequel to the latest movie.  As the films are based on P.L. Travers’ books and there were eight books in total means there is plenty of material to work from.  Lets hope the wait is not too long.

Where was Mary Poppins Returned filmed?

A lot of the filming was done at Shepperton Studios in Surrey, England.  When we first get a glimpse of Mary Poppins we see her floating to the ground which was all done in the studios.  They filmed the external shots around London in March 2017.  Some of the bike riding was filmed outside Buckingham Palace.  The external shots of Michael’s bank were the actual real Bank of England which is on Threadneedle Street in the centre of London.  The streets around the Bank of England were transformed back to the 1930s for filming and also Blossom Street and Fleur de Lis Street in East London were also used.

There is a great cast line up including Emily Blunt as the fabulous flying nanny. Dick Van Dyke is back to play Mr. Dawes Jr, but prosthetics were not needed this time!  Apparently, Julie Andrews didn’t want to take away any attention from Emily so declined a cameo.  Some top names in the film industry have parts including Meryl Streep, Angela Lansbury, Julie Walters, and Colin Firth.

Where was the original Mary Poppins filmed?

The first original Mary Poppins musical-fantasy film was released on August 27, 1964.  The film was based on P. L. Travers’s book series Mary Poppins.  The film was set in In Edwardian London in 1910 but was entirely filmed at the Walt Disney Studios in Burbank, California.  They using painted London background scenes to mock up London but they were based on actual places.

When the banks children wanted to ‘Feed the Birds’ this was supposed to be St. Paul’s Cathedral which sits on Ludgate Hill in the City of London

The Bank of England in Threadneedle St central London will remind you of Mr Banks’ bank.  The gates of Regent’s Park look like the place where Burt painted his pavement pictures.  Cherry Tree Lane could be a number of streets if you take a walk around and Kensington Square and Regent’s Park.

Mary Poppins gave Julie Andrews worldwide fame as before Poppins she only had a vew TV and movies to her name. Dick Van Dyke was the most famous cast member, but Poppins brought him a number of accolades including a Grammy and a Golden Globe nomination.

New for 2019 we have a two-hour walking tour to see the locations used in the new film.  It is a practically perfect way to take in the sites of London including locations used in the new film and also locations from the original film.  The original classic Walt Disney film was filmed completely in studios in California, but the mock up locations such as St. Paul’s Cathedral and the Bank of Enlgand are all worth a visit.  On our tour you will learn lots of behind the scenes stories of the making of film and lots of interesting facts about the original Mary Poppins books and film, including the meaning of supercalifragilisticexpialidocious.

Follow the link below to book the one and only practically perfect Mary Poppins tour: